Two topics that I see over and over again in online forums for highly sensitive people are Boundaries and Forgiveness. Sometimes both are opposed in the discussions: Boundaries vs Forgiveness – Which is more important? (Maybe with a different wording.)

Here’s the thing: both are important. They operate on different levels. Therefore, we cannot say that we should only work on improving our ability to set boundaries, or only on forgiving those who have hurt us in the past.

With clear boundaries, fewer people will hurt you so there will be fewer things for you to forgive. However, chances are that nobody ever taught you how to set boundaries. Maybe nobody taught you that it’s your responsibility to teach people how to treat you, by means of setting boundaries for what you will accept.

Boundaries operate on a mind-level

In order to learn how to set boundaries, I recommend learning in-depth about how the human mind works. My all-time favorite on the human mind is the classic “The Power of Now: A Guide to Spiritual Enlightenment” by Eckhart Tolle (1999). The content of this book will help you with so much more than just setting boundaries.

As Tolle explains, most interactions with others happen on a mind-level. He states that the reason why there are so many problems in human communication is that communication happens between human minds and not human beings. He also explains that the mind is a tool to be used. If you don’t watch out though, the mind can use you instead of the other way around. 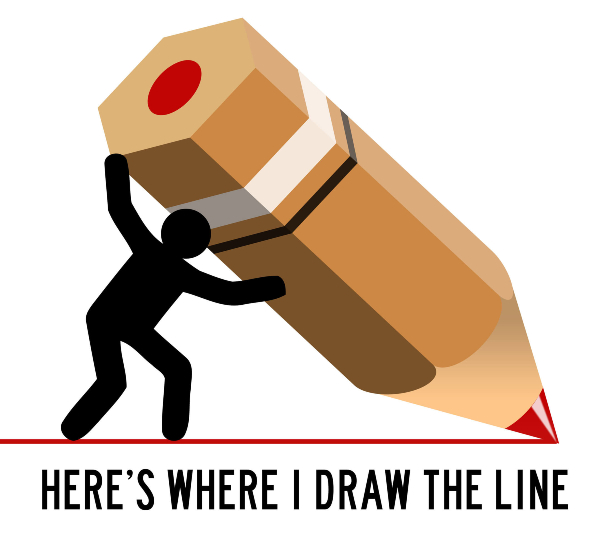 You get back that which you give out… really?

I was raised to believe that we get back that which we give out. So I’d be kind and generous to people as a default mode of operating, expecting them to treat me the same way back. Over the years I’ve come to realize that the world in its current state of affairs doesn’t work like that. Rather, when you give – people take.

Relatively few people have the courtesy to return the favor unless there’s an agreement in place. I used to think that if a person accepted what I was offering, they were implicitly agreeing to reciprocate. Not so. The agreement has to be explicit. Especially if you’re kind and generous with people in a new context, they can be suspicious of your behavior or take advantage of your status as a newcomer. The best approach is to make sure that you take care of your own needs and desires first so that you can give without expecting anything in return.

It’s a common experience for many highly sensitive people to give more than they receive. As this becomes a pattern, they can feel resentful or even bitter.

Now this pattern is likely to cause a series of detrimental effects, including – but not limited to – experiencing more of the same by means of the Law of Attraction; stress; other physical symptoms like pain; etc. Resentment that is allowed to lodge in your body for extended periods of time – years or even decades – can end up creating illnesses.

This is a very important aspect to consider if you experience difficulties in setting boundaries and/or forgiving others for treating you in ways you didn’t want to be treated. However difficult it can be to let go of old hurt, know this: when you hold on to old hurt, you suffer from it twice. Or more, if you go over it in your mind time and time again, as many HSPs tend to do.

Some experiences need to be lived, however difficult they may be

Some experiences need to be lived, however difficult they may be. With experiences comes experience. When we understand and accept this, we can surrender and allow what is. Furthermore, we can gain strength from the experience we earned from the struggle. As long as we resist the struggle itself, it will remain a struggle. Thus, reframing it can greatly enhance our outcomes.

In addition, it’s important for highly sensitive people to understand that every person has to go through their own experiences in order to grow. With our well-developed empathy, we feel what others feel. This can create a sense of urgency for us to help others – only to discover that:

The story of the butterfly that struggled to fly

In this context, it can be a good thing to remember the story of the butterfly by Neale Donald Walsch, author of the best-selling series “Conversations with God”. If you’re not familiar with his work, know that the first book of this series was published in 1995 and became a publishing phenomenon. So, there’s this story from Walsch’s childhood about a butterfly. The analogy of the butterfly is a recurrent reference when speaking about transformation. You can read more about this in my article “Join the Highly Sensitive Evolution!“.

As a young child, Walsch was observing a butterfly struggle to open its wings. With his naïve mind and kind heart, he wanted to help it by taking action to separate its wings. Alas, instead of helping the butterfly fly, he broke one of its wings and realized with horror that the butterfly would never be able to fly. He looked for his mother in despair to tell her what had happened.

Wise as few, his mother calmed him by saying that in fact, the struggle of the butterfly to open its wings is necessary for the wings to gain the strength they need to actually fly. She also told him that even if that particular butterfly wouldn’t fly, it would communicate with the other butterflies. It would let them know that the struggle is what allows them to fly so that they could remain calm in their struggles. In this sense, the butterfly with the broken wing would transcend its individual form to support all the other butterflies. 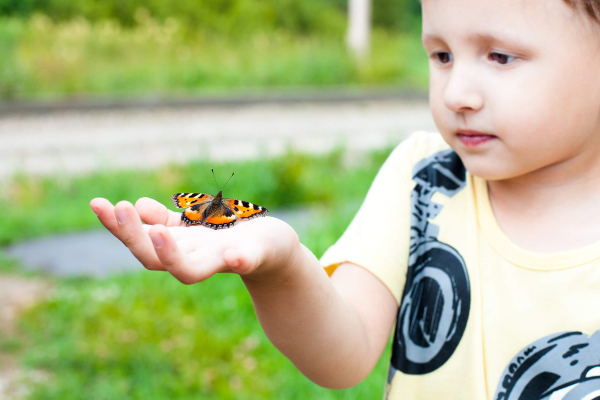 Forgiving your childhood traumas is a must to be free

The most inspiring “butterfly” I know of is Louise Hay, an iconic leader in the self-help industry and founder of the publishing firm Hay House. Hay grew up in horrendous circumstances but managed to overcome her childhood traumas and enlighten the world with her wisdom.

In her 50s she was diagnosed with cancer, which she attributed in part to holding on to resentment from severe childhood abuse. Fortunately, she knew how to heal herself since she was a pioneer in explaining mental causes for physical illness. She shares her knowledge with the world in her classics “Heal Your Body” (first published in 1976) and “You Can Heal Your Life” (first published in 1984).

If there’s one word that represents Louise Hay and her legacy, that would be “forgiveness”.

As she stated herself, forgiving somebody doesn’t mean you condone their behavior. You forgive to set yourself free. As long as you remain resentful towards the person, there’s a connection of bondage between you and that person. It doesn’t help that you consider the resentment to be justified – you’ll still suffer from the toxicity of the resentment.

Know that you’re not alone in this. There are lots of professionals out there who can accompany you on your healing journey: psychologists, therapists of different orientations, energy workers, healers, spiritual counselors… Many of them offer online sessions, so you don’t even need to leave the comfort of your home to receive treatment. As a certified Emotion Code practitioner, I’d love to help you get rid of your emotional baggage. For information and inspiration on what the Emotion Code can do for you, click here.

Virtually every person on this planet has gone through childhood traumas in different forms prior to becoming the person they are today. Rather than asking ourselves what our life would be like hadn’t we had those difficult experiences, let’s ask ourselves how we can overcome them and use them as a source for personal and spiritual growth.

The most legendary world-class influencers typically had to go through plenty of difficulties before they became legendary. Let’s point out something here: it’s not the struggle or difficulty per se that makes people legendary. It’s how they respond to it, learn from it, overcome it, and share their wisdom, insights, and knowledge with the world that makes them legendary. Nuance.

We live in an inclusive Universe

As a final point to be discussed, I wish to expand a little on the energy aspect of setting boundaries and forgiving past hurts. As explained in “Ask And It Is Given” (2004) by Esther and Jerry Hicks, we live in an inclusive Universe. This means that when we focus on something, we invite it (include it) into our life experience. We cannot focus on something we don’t want and expect it to magically disappear. Simply put: we keep that something alive in our experience by keeping the vibration of it active within our energy system.

This is also why Dr. Wayne Dyer, a champion of writing self-help books (dozens of titles published!), insisted in his teachings “there are no justified resentments”. He understood perfectly well that holding on to resentment is a form of self-sabotage. Whatever “they” did – ultimately, that’s irrelevant.

HSP or not, everyone has their own struggles (or had them in the past). Some hide their struggles well from the eyes of the world. A perfect appearance isn’t a synonym for a perfect life. On the contrary – appearance can be a synonym for repression. However, repressing something doesn’t mean it disappears. It just becomes invisible for a while. If left unattended, it will reappear in some other form instead. Maybe as physical symptoms, as discussed previously. Energy cannot be created nor destroyed, only transformed.

Forgiving past hurts is also something we do in the present tense. When we forgive, we set ourselves free both from the bondage to the person who hurt us and from the weight of carrying around that resentment.

There’s no contradiction in forgiving somebody and simultaneously cutting them out of your life, i.e. setting a boundary as definitive as can be. Some boundaries are meant to keep the person in your life, whereas other boundaries are meant to keep the person out of your life. There’s no right or wrong here. What matters is your peace and your well-being. Do what’s best for you. 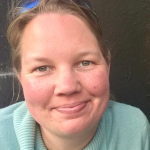